The Truth About Statistics

A top college in California has admitted to sending exaggerated SAT scores to college-ranking services. The scandal is raising serious questions about how much we can trust those rankings, which are extremely important for schools and many students.

Claremont McKenna College is ranked the ninth best liberal arts college in the nation. But it now admits it cheated. For five years, a school official falsely inflated the SAT scores of incoming students by 10 to 30 points — enough to potentially move up on the coveted rankings in publications such as US News & World Report.

The ratings race is so fierce that Arizona State University promised a $50,000 bonus to its president if he improved the school’s US News & World Report ranking. Barmak Nassirian, associate executive director of the American Association of College Registrars, says rankings are a recruitment tool.

Do college rankings matter? With the price of a four-year education approaching a quarter million dollars, it’s worth paying attention.

When future historians of U.S. higher education look back to when the ground really began to shake, they may well pinpoint 2013. They’ll see disruption in curriculum (towards STEM majors and away from traditional liberal arts) and delivery (from campus to online).

They’ll track the problems of runaway tuition costs and student loan debt, shrinking state funding and class enrollment, and a humbling job market for most graduates.

But they’ll also single out the rise of non-Ivy league, West Coast schools. For the first time, the FORBES top Colleges ranking has two non-Ivies at the top: Stanford University (1) and Pomona College.

It is also the first time that two California schools take the gold and silver.

The best state school in America is University of California – Berkeley, at No 22.

Here’s what makes this shift so significant. It may splinter the grip of the East Coast establishment colleges and open up a more diverse, accessible portfolio of best schools for students.

When families are researching selective colleges, one of the statistics that they look at is a school’s acceptance rate. Parents and teenagers often assume that a college or university that rejects the majority of its applicants must be superior to those that welcome most interested students. What families don’t realize, however, is that some of the admission statistics can be misleading, or even false.

A recent example of this reality comes from Washington and Lee University, a highly selective school in Lexington, Va. The school is the latest in a string of colleges and universities that have been caught submitting questionable admission statistics to U.S. News & World Report, which made those institutions appear more selective than they really were.

During the last admission season, Washington and Lee reported that 5,972 students applied for admission and only 19 percent were accepted. After obtaining internal records from the school, however, the Washington Post showed that more than 1,1 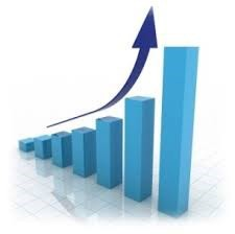 00 applications — about one out of every six — were never completed. The students failed to submit such things as standardized test scores, teacher recommendations, transcripts or other admission requirements.

If Washington and Lee had not counted the incomplete applications, the school’s acceptance rate would have increased to 24 percent, making it seem considerably easier for students to get in.

Of course, this isn’t the first school that has jiggered the numbers to generate a low acceptance rate. Two years ago, a U.S. Naval Academy professor obtained damning admission data for the military academy by filing a Freedom of Information Act request. It was discovered that the school was reporting an admission rate of 7.5 percent even though two-thirds of the applications were never completed.

No one knows how many schools are fudging their figures, but here is one of the discouraging aspects of this practice: Schools that do so apparently aren’t breaking any rules. This calls into question the admission statistics of all schools.

A report in The Chronicle of Higher Education last year suggested that massaging admission figures is common. “For better or worse, the admissions industry generally operates on an honor system that governs the flow of ‘self-reported’ data submitted to the federal government, accreditors, bond- rating agencies, and publications such as U.S. News & World Report.”

Manipulating admission statistics is enough of a concern that the National Association for College Admission Counseling this month announced new requirements for schools when reporting their statistics. Schools must implement a process to validate all institutional data, although how they are supposed to do this was left unsaid.

This issue of “Scholars” is focused on the various misleading information that colleges and universities publicize. Although the information is definitely misleading, it is technically not 100% false or fraudulent.  Since many schools depend on rankings from various research groups and polls, they want the statistics to help them get ranked as high as possible.  This assists them in obtaining the endowment money that they have come to depend on, and many of the donors look at the ratings and may make their donations contingent upon continued high ratings.

In order to understand the true value of a school, a complete understanding of their degree program is imperative; and, most families don’t know how to compare schools.  They base decisions on the same statistics that are misleading.  The fact is, our coaches know how to determine which school is best for a student.

According to the US Department of Education, the average annual cost of public school increased 6.5 percent each year over the last decade. That means that by 2030, annual public tuition will be $44,047. The total cost for a four-year degree will be more than $205,000.

The federal government has introduced different tax credits in recen 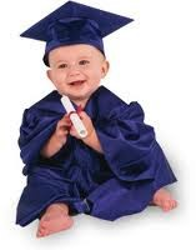 t years to help fund post- secondary education, unfortunately, some of the colleges and universities have reduced or adjusted tuition according to need.

In the last several Scholar’s issues, we discussed the different ways to fund your child’s college education fund, from the 529 Plans to the Coverdell Education Savings Account.One of the most unique vehicle to fund your child’s education plan is using a cash value life insurance policy called the Indexed Universal Life or IUL

For parents whose children will be college- bound within the next 12- 18 years, an IUL plan represents an attractive and unique option that can provide:

Although life insurance is generally used to protect a family from unexpected tragedy, it can also be utilized as a strategy to shelter your hard earned taxable money and allowing it to grow on a tax-deferred basis.  In addition, due to the unique IRS tax code, IRC Section 7702a, you may take a loan distribution from the policy once it has accumulated some significant cash value, tax- free.

Although there are different types of cash value life insurance available, the IUL provides protection from any fluctuations of the market since it uses different indices, such as the S&P 500 index, to provide its interest crediting.

The cash value from an IUL plan can be used as a supplement to financial aid, but because of its status as life insurance, it will not deem anyone ineligible or impact financial aid calculations or scholarships and grants.

Unlike custodial plans, an IUL policy enables the parents to retain full control of the funds in the event their child reaches legal age or decides not to go to college once graduating from high school.

Additionally, in case the parents were to unexpectedly pass away, the death benefit of the policy may be directed according to the parents’ desired goal for their child.

The downside to the IUL is that you need to have a minimum 10-15 years to properly fund the policy to take advantage of the tax benefit.  Contributing a minimum amount is not recommended.  Since the IUL is a life insurance, the insured (parent or child) must be healthy to qualify for the plan, otherwise the cost of insurance may be too high and may impact the cash value.

I’ve always known from the very beginning that the HIFE CPP was a college planning program and not just a “funding” program. It resonates with me because I see the value of what the coaches can do to help the students and families to navigate through the college planning process, especially for those who are not familiar with how the college system works. We’ve learned it from our own experience.

I see the HIFE CPP as a great resource for students and their families to seek guidance from the coach. They can leverage the knowledge of the coaches to discuss his/her classes, activities, jobs, accomplishments, awards, hobbies etc., and only through communication, the student will then establish a relationship with the coach.  For coaching to work, the parents must be on the same page as the Coach.  So the parents must actively monitor their students’ progress and activities to check if the Student performs needed actions as per the  Coach’s recommendations.

Think of this partnership as a 3-legged stool where the coach, parents and consultant must maintain close-loop communication while the Student completes his/her tasks. In short, it doesn’t matter how good the Coach or parents are, the Student needs to be engaged with the Parents and College Program to have successful results.  The Student will need to follow instructions and perform the needed actions.

My name is Matthew Do.  I am a HIFE College Consultant, and my daughter is also one of my students!

It is important for students to have some criteria for selecting a college.  For many, the criteria is that they have a friend going to a particular school.  For others, it is based on brochures and commercials.  It is important that the families and students base their decision on what they actually want in a school and not what the school is selling.

This is the information we can send the families and students.  This, along with the programs offered by the schools, allow the student and family to make a selection based on their wants and needs. And remember, the coaches are here to help with this process.